Navigate have been appointed to help National Park Rescue grow awareness of their work and increase donations to their vital projects.

National Park Rescue work to save major national parks and the animals they protect from collapse. 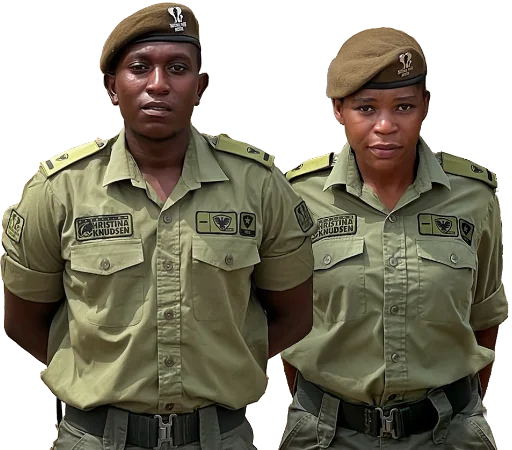 With 60% of the planet's wildlife wiped out in 50 years, and many species facing imminent extinction, traditional conservation efforts have indisputably failed.

National Park Rescue saves African National Parks on the brink of collapse. Restoring effective law enforcement, shutting down corruption and reconnecting surrounding communities, all of this is key to a park's long term survival.

Navigate will be working to drive awareness of National Park Rescue's vital work through digital marketing strategy including effective use of their Google Ads Grant.

“Our rescue operations stop irreversible destruction of national parks and the wildlife within them and it is important to us that we work with a partner that understands our mission.”

The places where wildlife most needs protecting are hostile environments where the failure to follow orders regularly results in the loss of life. Professional poachers are often well-funded, highly-trained, heavily-armed and just as ready to kill rangers as elephants. National Park Rescue replace standard military titles for their own wildlife-based hierarchy but their ability to rapidly eradicate violent poaching is partly the product of a highly organised, professional command structure, headed by the Cobra team.

Some National Parks are the size of small countries, with a community of rangers and park staff within its borders, and multiple surrounding communities, often consisting of thousands of people, living just beyond its borders. National Park Rescue see it all as a single eco-system with co-dependent parts, each of which can not exist effectively without the other. People and wildlife must benefit from one another and learn to co-exist together. At the core of their system is a fundamental belief that local people should be empowered to save their own natural heritage.

"Our success proves beyond doubt: it works."

Our teams are live inside one of Africa’s most-troubled protected areas. Zimbabwe’s 2,000 square kilometre Chizarira National Park lost thousands of elephants and other wildlife to poaching, prior to the start of the operation. According to the latest independent survey, poaching indicators have reduced by over 90% since our operation began, and the park has undergone a massive transformation. The remarkable story of Operation Christina Knudsen is the subject of a coming documentary.

A relationship that's navigated choppy waters We are delighted to have been working with DFDS for a number of years across a...
Read More

Our relationship with Zip World now extends for nearly 4 years and we are incredibly proud of our accomplishments with them....
Read More

“Inspired by the great journeys of discovery, undertaken by young European aristocrats” The Catalan Tourist Board has devised routes that take you...
Read More